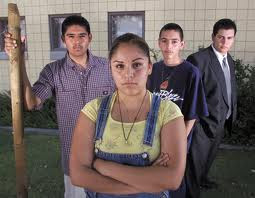 Don't Throw it all Away!

This young guy had a very promising future in basketball. But there was one problem, he would not stay out of the streets. He liked hanging with the drug dealers and gang members. But he had a chance to change. He had actually been warned many times to stay out of the streets before he ended up dead or in jail. But he would not listen. In the end he threw his career, and more importantly, his life away for the excitement of street life.

The sad thing is, that many other youth will make that exact same decision today, tomorrow and the next day as well. But why? Because young people like to live for the moment and not think about consequences. They don't like to listen to advice or the wisdon of others who have been through more than they have. But is that the best choice to make? Of course not. Why throw your life away for a little fun, for a little rush. Life is fragile and must be cared for. Meaning you need to think before you act. There are many things that are very exciting, but are just not good for us. There are many places that are very cool, but are just not good to hang out at.

You have to be the one to decide for yourself. But this young guy decided to choose the streets and look at what it cost him. HIS LIFE! Now what about you, are you willing to throw it all away for the sake of some excitement right now. Or do you want to be a little more careful, and maybe even be called boring, but have a good future.