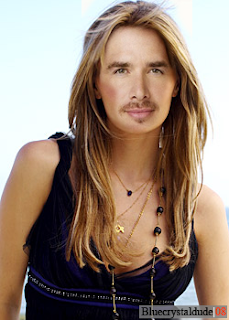 Disclaimer: First of all, let me clarify that this post is in no way intended to offend anyone who is gay, or to take a jab at them. I would also like to note that my opinions do not reflect the opinion of anyone or any organization that I am linked to. These are solely my points of view.


With that being said, I just want to share something that has been really nagging me recently.

I mean, in my eyes, someone who is gay, is someone who likes a person of the same sex who looks acts and carries themselves as the sex that they are. Simply put, a man who likes men who look, walk, talk and act like men. Or vice-versa.

As I said, I am in NO way trying to offend anyone, but this question has been in my head for a while. And what I think (my opinion) is that in these cases, the person is not truly gay, they are more confused than anything. They really want the opposite sex, but they want the love, care or understanding that someone from the same sex "may" be able to give, because they are wired the same.

But in those cases, the person may need to be more patient and believe that they can find someone of the opposite sex that has the qualities that they are looking for. Since that is what they really want. And don't think that you have to follow the flow of society that says there are "no good men out there, so to find care it has to be with another women". Or that "women just want you for your money and they have no respect, so you need another man who will treat you like you want to be treated". Neither of these statements are facts or are they true. The truth is, that there are a lot of good men and women out there, and that sure heterosexual relationships are hard, but they can work. You just need that right structure and foundation.

So that's it for today, I just wanted to give you something to think about.

Here is some of the highlights of the Shoulda Been Dead tour that I did in New York last month. To see more, full length performances, keep your eyes on my website ShouldaBeenDead.com. I will be putting them up within a week.

Say NO to them 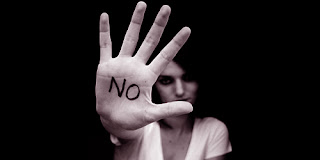 Listen, it doesn't matter who it is... if someone is advising you to do something that will hurt you, you need to tell them NO.

Our life is made up of each and every decision we make. Each decision is like a seed we are planting on very fertile soil. So even if you think it was just one, it can still develop into something big over time. You can't afford to follow bad advice. That is why you should be careful who you go to to seek advice. If they are not a reliable source (and when I say reliable, I don't mean someone who will say what you wanna hear, I mean someone who will tell you what's right), don't trust their advice.

I have been hearing more and more disappointing stories of young people who were persuaded by people they should have been able to trust, to do something horrible, something that would definitely bring them down. And why did they do it, because they thought that they could trust that person. It's just not worth it. It can be the person you love the most, and if what they are saying is completely wrong, you have got to make a choice to not follow it.

At the end of the day, you only live once, and why destroy the one life you have, because of someone else's bad advice.
No comments: 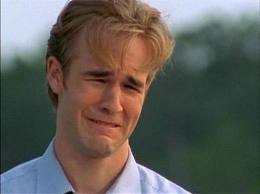 For today, the statement up top speaks for itself. But I will elaborate on this in my next post.