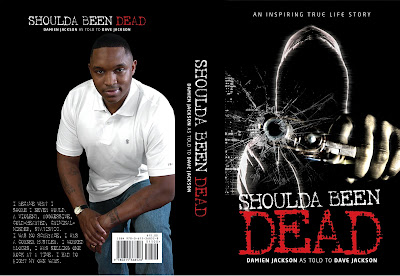 Restless! Hell of a hand,

But I was dealt it.

Now what’s a brotha to do?

I flipped the butt of the smoked-out blunt toward the storm drain. “Hey, Chachi, you believe in God?”

He looked my way with a smirk. “Only god I know is ‘Mr. God Damn,’ but why would I ever believe in him? What’s he ever done for me?”

“That ain’t right, man,” my brother Derrick chimed in. All three of us were sitting on a bench in front of Temptations pool hall and strip club, which along with the Circle-K convenience store and gas station anchored the little strip mall where we ran our business. “You shouldn’t talk like that,” Derrick added. “That’s like blasphemin’. Something bad’ll happen to you.”

Chachi stood up and stepped out into the parking lot, raised his hands, looked up, and spun slowly around as if he were a radar screen. “Well, if he don’t like it, he can strike me right here, right now. Bring it on!”

I shook my head. “You just stay away from me, man. I don’t want none of that. How come you don’t believe in God?”

He came back to the bench … guess I wasn’t too worried about him being close. “Look,” said Chachi, “any God who would let my best friend get murdered when we were only nine years old ain’t one I’d even want to believe in, even if he did exist.”

There wasn’t anything either Derrick or I could say to that, so we all sat there in silence, passing the forty-ounce bottle of malt liquor back and forth, thinking about who was going to have to go back into the Circle-K and steal another when that one was gone. It was a slow day for drug dealers, and I was feeling depressed. Guess that’s why I’d started thinking about God. Maybe everything was going wrong because we’d been doing so many wrong things and he was punishing us.

I leaned forward, elbows on my knees, chin in my hands. “You guys realize we’re everything they taught us in school not to be?”

“You know, those classes where they tell you not to steal or lie or sell drugs or rob people? Well, we’re all that and more. Know what I’m sayin’?”

Chachi slapped me on the back. “Yeah, so we bad! So what? Everybody does that stuff these days. It’s the only way to get ahead. You know if we like let up for even a hot minute, there’ll be Crips and GDs and Vice Lords and the Mexicans and the Cambodians all up in here tryin’ to take over our block.”

“Yeah,” said Derrick, “like most of them already think they runnin’ this trap.”

“I know, and that’s the problem,” I said. “There ain’t no getting’ ahead. This was our real estate, but now all Atlanta wants in on it.” I was talking about the thirty or more other dealers who worked our trap night and day, week in and week out. Everyone was doing the extortion thing, robbing one another, beating up the crackheads and addicts who came there to get their dope. One guy got shot in the head, blew his brains all over the garbage he was sitting beside. He stayed there all night, moaning and sobbing, calling for help until morning when he finally died. None of us helped him or even moved his body. Guess the Circle-K people finally found him and called the police. After that the cops cranked up the pressure, raids several times a week. It was crazy, crazy, crazy, like an insane scene out of a movie.

There was no peace!

I might have put up with all that considered it came with the territory but what really twisted my ulcer, was how cold and heartless I’d become. I still ran into Celia from time to time. We’d been schoolmates a while back, and I always liked her. Just that morning I’d seen her again, this time at Target when I’d dropped by for a pair of socks. Target always had a sale on ’em. You know, all you could fit in our pocket for “lifty cents”? Anyway, Celia was working the checkout and called to me as I was heading toward the door. I went over, hoping she hadn’t caught me. But she hadn’t. “Hold on, Damien,” she said. “I’m going on break as soon as I finish with this customer.”

We went outside where she could grab a smoke. I could see something was troubling her. “So, wassup? How you doin’?”

Her gaze at me turned into a squint as she took a deep drag and a tendril of smoke snaked up to burn her eyes. Or was that a tear? “It’s my dad,” she murmured, turning away to exhaled.

“So … how’s he doin’?” Though I already knew how he was doing, and I knew she probably knew I knew, so I also looked away, staring hard across the parking lot like I’d seen someone I knew walking by on the street.

Celia didn’t make a scene, but her voice was heavy with disappointed. “He’s destroying our family with the crack. It’s gonna kill him, too, if he doesn’t quit. Know what I’m sayin’?”

“Oh yeah, that’s bad stuff, bad stuff.” I knew exactly how bad it was for her dad, too, because I was his supplier. I’d seen him go from a strong, confident man with a good job when Celia and I had been schoolmates to an out-of-work junkie who’d lost his health and all his dignity. Just the week before he’d come to me begging me to extend him a little more credit because he didn’t have any money. He was desperate, but I turned him down, so he went to one of the other dealers. When he couldn’t pay, that dealer beat him up and left him face down in the middle of the parking lot. When I left the trap at 4:30 that morning, I walked right by his body and didn’t even flinch.

It was gone the next day, and the police weren’t crawling all over the place, so I figured he must have made it on his own and forgot all about him … until I saw Celia.

“If you get a chance,” she sighed, “would you say something to him, Damien? Encourage him, maybe? You know he used to like you.”

Now, I sat on the bench outside Temptations with my two homies feeling as low as something I’d scrape off the bottom of my shoes. I couldn’t even tell the other guys about it because it wasn’t just the pressures of gangbanging and drug dealing that was getting to me. I could excuse all the robbing, stealing, cheating, fighting, even the people who had been killed. But how could I excuse myself? How had I become so cold and heartless?...

Book release Black Friday at 2pm. You can pre-order at ShouldaBeenDead.com.