Renato Cardoso's Blog: Blood Has a Voice: "There are many voices in the world. There are even louder cries of pain — from those who suffer injustice, the hungry, the rejected, the for..."
No comments:

What I learned from the Miami Heat 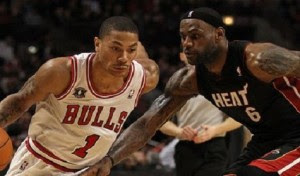 Being from Miami, I have always been a Heat fan. Long before they were a great team me and my brothers used to wear the Heat starter jackets.
Anyway, there is something I payed attention to, that I see is a trait in every great team and every great individual. And that is a never-say-die attitude. A it's only over when it's over mentality. A don't give up till the very last second mindset. This is a quality that is hard to beat.
For those who saw game 5 of the Conference Finals you will know that with 2mins and something seconds left in the game, the Heat were down by 10 points (77-67). But to no ones surprise, they began to attack with furious determination, which led to a comeback. And with under a minute left in the game they took the lead. So in less than two minutes they completely turned what should have been a lost, into a great victory. The funny thing is the Dallas Mavericks had done the same thing a few days before. And the Heat have done this time and time again.
This is the heart of champions! You want to win in life. You want to overcome the toughest battles. You want to make it to the highest places in this world. Fine, you can, but you must have a never say die attitude too. You must have a grit inside of you that stares defeat in the eyes and says "I will take you down". I love seeing turnarounds. There I was building something for my wife whilst watching the T.V. thinking "I guess there will be a game six". Then all of a sudden one 3 pointer, then another, then a steal, and then they are tied, then the Heat win!
Life is like this. Problems, challenges, struggles will come. Sometimes the odds will be totally against us. But never say die. Especially us who believe in such a great God. Because the world can put the odds against us, but really the odds are always in our favor, because our team is divine. If you fight back, God will back you up. Just as long as your fighting for what's right, what's good, what's fair.
So when you seem beat, take a lesson from the Miami Heat. It's not over time the last buzzer sounds. Fight till the end.
God bless you all, and may you never stop fighting.
No comments:

Distractions- Part 2 (Don't let me get me) 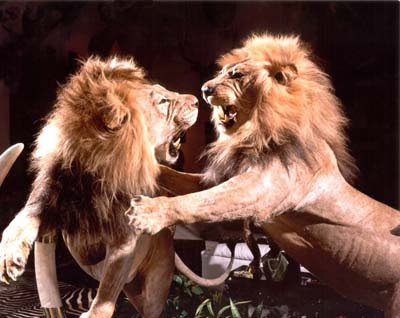 When talking about distractions, there is one that we can not forget, because we stare it in the face everyday. That is obviously ourself.
We can be our own best friend or our worst enemy. Because we are so easily sidetracked. Just think about it, how many times do you have a deadline and you know you need to stay completely focused on it, but instead you take a call from a friend and end up on the phone for an hour? Or you go onto Facebook and spend 30-45mins just chatting or looking at other peoples page.
We are all too curious! That is why as soon as you open your Yahoo or Hotmail account, the first thing you will see is some sort of advertisement or the latest news. I'm not saying that it is wrong to look at an interesting article of take a minute to read a short funny story. But if we add up all the time that those little distractions take out of our days, we may be amazed at how much time was just plain wasted.
If we allow ourselves to look aside at everything that seems funny or interesting in some way, then our day will be wasted on those things. And the more important things that we NEED to get done will fall between the cracks.
So the solution is discipline. We have to learn when to take that break or that call or watch that 3min video, and when to say NO. There is a time to tell ourself, you can not have this right now. Or not at all! Depending on what it is.
This will not happen overnight, but the more you work at it, the stronger you become in terms of resisting distractions.
Let us watch ourselves, and not always let "our" will be done.
No comments: 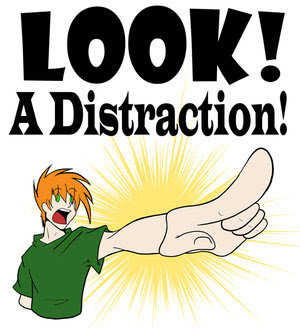 Satan's meeting (read even if you're busy)

"So let them go to their churches; let them have their covered dish dinners, but steal their time, so they don't have time to develop a relationship with Jesus Christ." "This is what I want you to do", said the devil:

"Distract them from gaining hold of their Savior and maintaining that vital connection throughout their day!" "How shall we do this?" his demons shouted.

"Keep them busy in the nonessentials of life and invent innumerable schemes to occupy their minds," he answered.

"Persuade the wives to go to work for long hours and the husbands to work 6-7 days each week, 10-12 hours a day, so they can afford their empty lifestyles."

"Keep them from spending time with their children." "As their families fragment, soon, their homes will offer no escape from the pressures of work!"

"Over-stimulate their minds so that they cannot hear that still, small voice." "Entice them to play the radio or cassette player whenever they drive." "To keep the TV, DVD, CDs and their PCs going constantly in their home and see to it that every store and restaurant in the world plays non-biblical
music constantly." "This will jam their minds and break that union with Christ."

"Fill the coffee tables with magazines and newspapers." "Pound their minds with the news 24 hours a day." "Invade their driving moments with billboards." "Flood their mail boxes with junk mail, mail order catalogs,
sweepstakes, and every kind of newsletter and promotional offering free products , services and false hopes."

"Keep skinny, beautiful models on the magazines and TV so their husbands will believe that outward beauty is what's important, and they'll become dissatisfied with their wives." "Keep the wives too tired to love their husbands at night." "Give them headaches too!" "If they don't give their
husbands the love they need, they will begin to look elsewhere." "That will
fragment their families quickly!"

"Give them Santa Claus to distract them from teaching their children the real meaning of Christmas." "Give them an Easter bunny so they won't talk about his resurrection and power over sin and death."

"And when they meet for spi ritual fellowship, involve them in gossip and small talk so that they leave with troubled consciences."

"Crowd their lives with so many good causes they have no time to seek power from Jesus." "Soon they will be working in their own strength, sacrificing their health and family for the good of the cause." "It will work!"
"It will work!"

It was quite a plan! The demons went eagerly to their assignments causing Christians everywhere to get more busy and more rushed, going here and there. Having little time for their God or their families. Having no time to tell others about the power of Jesus to change lives.

I guess the question is, has the devil been successful at his scheme? 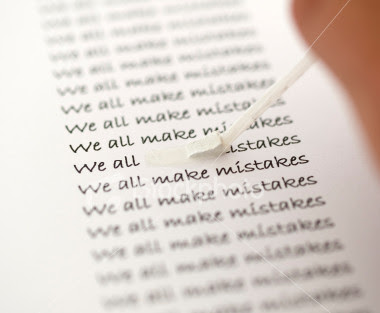 We always hear people saying "everyone makes mistakes, it's OK".
Well I have to disagree. Sure it is true that none of us will ever be perfect. And indeed we do all make mistakes. But that doesn't mean that it is OK.
If we do wrong, we need to acknowledge the fact that we have done wrong. Not just say, it was a mistake, that's OK. And by the way, when does it stop being a mistake and become intentional?
Some people keep doing the same silly things and calling them mistakes. But it's not a mistake if that is exactly what you were planning to do the whole time.
What I am trying to say is that it is extremely annoying to keep hearing and seeing people fake like they want to change, and pretend to be such innocent little angels in front of those who are an authority figure, only to become the devil when they are away from plan sight. That is fake and disgusting. We all need to take a hard look at ourselves and do something to better ourselves. Not just keep making sorry excuses for why we are not half of what we should be.
And by the way, the first step is sincerity.
No comments: