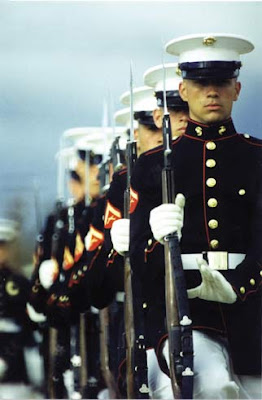 At a school assembly that I spoke at, there was a man who spoke for a few minutes just after I finished talking to the students.
The man told a story that was very interesting to me. The story was of another assembly that took place some time before. The assembly was held by military officers who wanted to interest the young men in possibly joining the Armed Forces.
And there is where the story begins...
On the day, there were representatives from all four of the major military forces present. There was an Army recruit, Navy, Air Force and of course a Marine.
The whole assembly was supposed to take an hour, so they needed to divide the time between the four of them. The Army recruit went first. He spent 30 minutes convincing the young men that the army was the best choice for them to serve their country. The next to go was the Navy recruit. Feeling that the army recruit had been selfish to take so long, he was determined to get his time in. So he spent 15 minutes talking and urging the youth to join the Navy. After he was done there was only 15 minutes left in the whole assembly, and next up was the Air Force recruit. He decided, he would not rush himself, because the other two had been so selfish and took 10 minutes trying to convince the young men to join the Air Force.
By now the assembly would be ending in 5 minutes, so the Marine recruit had almost no time to "convince" the youth to join.
Oddly enough, he didn't seem bothered at all!
After all three of them; the Army, Navy and Air Force recruits were done, the Marine walked sternly up to the podium with only 5 minutes left and opened his mouth. But what he would say, would only take a few seconds. Without cracking a smile he looked straight out into the crowd of young men and said, "to be quit honest, I don't see one person in this room who looks worthy to be a Marine. But if you think you've got what it takes, meet me in the hallway after the assembly". "HuRAA!"
The moral of the story is... When something is truly great, it doesn't take 30mins, 15 or 10 to convince a person. They should feel honored to be apart of something that is truly great.
So if you are confident in yourself, you don't need to go to great lengths to seek others approval, you can lift up your head and stand firm on who you are.
Would you have gone to one of the other three recruiters, or would you have been brave enough to step up and try out for the Marines?
3 comments:

Renato Cardoso's Blog: No stopping them: When a man is determined, what can stop him? Cripple him and you have a SIR WALTER SCOTT; put him in a prison cell and you have a J...
No comments:

Shoulda Been Dead: All I Want...

Shoulda Been Dead: All I Want...: There are always movies and songs around this time of year with titles like "All I want for Christmas" or "All I Want in Life", etc. But ...
No comments: 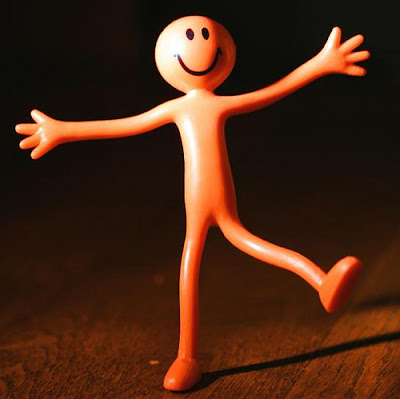 I put a comment on Facebook this morning and I started thinking more about it as the day went on.
The comment said,
"Learn to be happy in your own skin. Why should you need others to surround you and make you feel complete?"
The truth is, that so so many people need someone else around in order to somehow validate them self. It's like they can do nothing alone. They are forever asking others opinions about decisions they need to make, and always running to others for comfort when things go wrong.
I would like to say to these people, "please toughen up". You're not always gonna have someone there to cry on their shoulder. You'll not always have people to pity you and make you feel a little better about the situation. You'll not always have others to make choices for you.
And by the way, you shouldn't want others to do for you the things that you are supposed to do yourself. So stop looking for validation, or support, or comfort, or whatever you are looking for in other people.
Find the strength to be happy no matter who's around you. But to do that, you must first start to love yourself. You must see yourself as being special enough to be happy with. So if you don't see yourself as being important, you need to do a self evaluation and figure out what is wrong. Is it that you are doing things that depreciate your self worth? Or is it that you are holding on to negative words that you heard in the past? Or is it little complexes that you have already wrestled with for years?
Whatever the case, you need to find it, address it, and deal with it, so that you can start to love yourself again. If you can't do it alone, seek help. But do it.
In the end, when you learn to be happy with you, it will be a heck of a lot easier to also be happy with others around. But the difference will be, that you're happy when they're around, but you don't NEED them around to be happy.
2 comments: 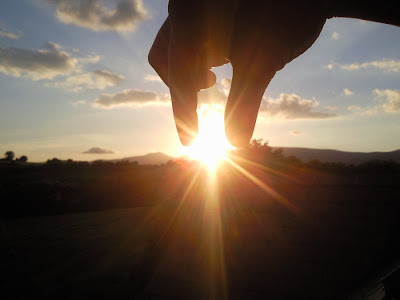 You only live once, and you never know how long that life will be.
So my advice to you would be a little piece of advice that I was once given.
" Live everyday like it's your last one...
because one day, it will be. "
1 comment:

Watch the video below. It is stupid and upsetting to anyone who thinks like me. But I really just want you to see how far the media is going these day. At the end, please leave your comment and tell me if you feel this is "funny". Since it is comedy.
Honestly, this garbage doesn't even belong on my wall. But I am posting it, just to illustrate how far DOWN, the world has fallen. There was a time when stuff (or should I say crap) like this was not considered funny. But we have gotten to a point where what is good is laughed at. And you can say bad stuff about just about anything.
I am not OVERLY righteous or religious by any since of the word. I like to laugh and I like a good joke. But that's just it. A GOOD JOKE. I know not many people will care anything about this blog. But I get so sick and tired of this kind of garbage being considered funny, that if I can get at least one person to wake up and see that they should avoid this garbage, then I would consider it worth it.
Since everything is so public, I do believe in Jesus, and whether or not it is Him causing this young man to win football games or not, I don't think these jokers have any right to mock Him. So as far as I stand, this as well as many other things in the world are going too far. The media these days just plain stinks. So there you have it. Take it as you will.
P.S. I am through with SNL. They won't get a bit of support or time from me, ever.
16 comments:

Renato Cardoso's Blog: Wasting your energy: Anxiety is a person's desperate worry about things that he ultimately cannot control. Therefore, anxiety is foolishness and a waste ...
No comments: 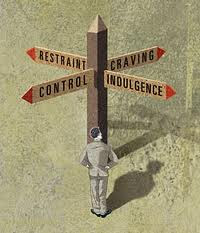 We must be very careful with our actions...
The reason I say this is because, the more bad decisions you make, the easier it becomes to do it again. It's like our conscience has a way of relieving itself of the sting of guilt that it felt the first time.
It's like I have heard many people say, that a murderer has the hardest time killing his first victim. But after that, it gets easier and easier. The same is with rapist, thieves, robbers, liars, etc.
The hardest time to do something wrong is the first time. Then after that, it slowly gets easier and easier. So the only way to avoid BIG problems, is to avoid the first time. And if you've already done it a few times, stop now, before it becomes natural to you.
We have to always see wrong as wrong and never allow it to disguise itself as right.
3 comments:

No Words Can Explain When you have No Support 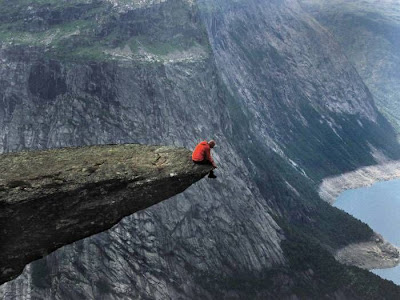 A lot of people find this as the reason why they can't do something with their life.
So the question is, what do you do when you really want to do something or you need to stop doing something, but you have no support? What is a person to do when no one seems to care about their dreams or problems? How do you react when it seems that you are really "going it alone"?
You really only have about two choices.
Choice one- blame the world for your failures and develop an angry frustrated attitude toward people and society. Then carry on as a loser and constantly point the finger when asked why you didn't overcome.
Choice two- Depend on YOURSELF! And choose to make things happen.
There is no one else in the world (besides God) who you can depend on more than yourself. You know yourself. You know what makes you click. You know what motivates you. You know what you want in life and you want to achieve your goals. You know what happiness is to you and what is missing to be happy. You also know your weaknesses and insecurities.
So who better to motivate you, other than yourself.
I am a person who likes to exercise. And when I go to the gym, I always see people there with other partners, helping to motivate them. I even know people who say they will not go to the gym unless someone else can go with them.
Now I am not against having support when you are working out. But if no one can or is willing to go with me, does that mean that I shouldn't go? Of course not! I have to go for me. It's my body that will benefit or suffer from the consequences of doing or not doing exercise. So I have to be self-motivated in that area.
The same applies to life. With or without a partner to cheer you own, you have to cheer yourself on. You have to push yourself like no one else can. Be your own Drill Sergeant and you will face the world with strength and grit that will be unbreakable.
1 comment: