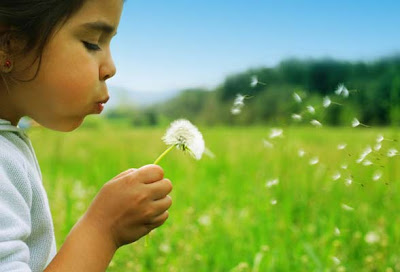 We as a people have some really bad habits that we need to break.
One of many, is the habit of always saying "I wish..."
I was taught some time ago that there is a huge difference between a wish and a want.
What we really want, we make a way to get. What we wish for, is actually more of a fantasy.
How many times do people say things like, "I wish I could lose 10 pounds" or "If only I could get a better job" or "how I wish I had this or that". All the while they do absolutely nothing to make it happen. So do they really, really want to have that? Of course not! Because if they wanted it, they would be doing more to make it happen.
What they really need to say is, "It would be nice to have this, but honestly, I am not going to move a foot to make it happen". These are the ones who are full of excuses, why they can never have this or that. But they fail to look in the mirror and see that if they really wanted what they are saying they wish they could have, they would be out doing something to make it happen.

But of course, that would be too much like right.
If you want something, you have to set your mind on it and go after it. You want to lose weight, great. But you need to change your diet and exercise. You CAN do it. You just need to decide on it, and go after it. If you want a better job, who says you can't have it. But what are you doing to find one, or prepare yourself for when an opportunity arises?
What you really want is shown by what you do. Not by what you say.
It's like a wise man once said, "people who want make a way, people who don't want make excuses".