You may live to regret it... 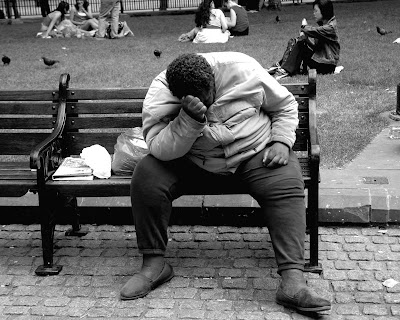 I read this statement not too long ago which said, "never regret anything, because an one point, that was exactly what you wanted".
The second part is true, whatever you end up regretting later, is something that at one point you choose to do. Or else you choose to do something else that lead to what happened. So we can't blame anyone for the bad things that happen, because we knew the risks involved, before getting involved.
But that's not the point of this blog post. I was thinking, so many times we make poor decisions and then regret them later. But it's as if in the moment it seems to make so much sense to do. In the moment, we are blind to everything we will lose if we make that choice. In the moment it's like there is this evil voice in our head saying "do it, do it, do it"! And we tend to listen to that voice and not think about the consequences.
Then you know what happens later? We feel like crap, and we totally regret what we did.
It happens to the girl who slept with a guy on the first date. It happens to the guy who got so drunk at the party that he took his clothes off or did something else that totally made him look like an idiot. It happens to the youth that yells back at the mom and ends up grounded. It happens to the person who lies and then realizes that there is no way that that lie will stay secret. It happens to the person who was going down the right track in life and slowly starts to drift and follow bad examples, until the point where he or she does something irreparable. And the list goes on and on and on.
Thousands of people are living with regrets. And why? Because they don't take enough time to think about the consequences of there actions. They are living in the here and now, instead of thinking about the morning after. So, they ruin their life.
You and I both need to learn to think first, then act second.
If we don't...
We may live to regret it.