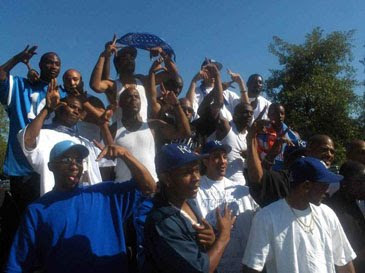 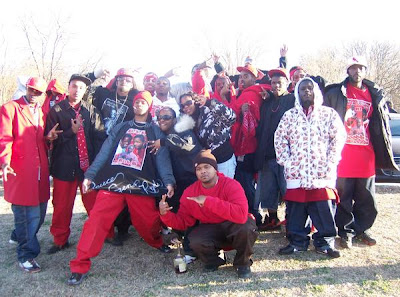 When you are out in the streets, living the fast life, everything seems fun and exciting at first. But sooner or later reality has to strike. And most people can't handle it, when it does.
I remember being out in the streets gang banging and selling dope to make a fast buck. In the beginning, I wasn't afraid, I didn't care about the risk I was taking. Nothing seemed to move me. All I knew was that I was getting paid, and I liked the power that it made me feel. All the long nights hustling on the block and the rival gang fights was just a big adrenaline rush. And don't even get me started on the music. I mean, the music just fueled me on. I knew just what to play to get in the mood to do this or that. Oh, and the girls... They seemed to be so interested in the "bad boys". It seems that the fast life just made them flock to us.
Sure I was packing a pistol and a sack of crack. Not to mention the marijuana I smoked everyday, all day (I was like a walking chimney for nearly 10 years). But ask me was there peace in my heart? NO! Ask me if I slept well at night? NO! Ask me if all me friends were there for me when I needed them the most? NO! I found myself alone and rejected. It is sad.
Going back to the block for a second. I remember like it was yesterday, the times when the police would raid the block trying to catch one of us. It's like no matter how hard they would try, they could never get us all. Because we were always on our toes. The first sign of suspicion and all you heard was "run, po-po, run". For you who don't know, po-po is a nick name for police. Anyway, when someone would shout that the cops were close, we would run for our lives and usually get away.
But the key word there is usually. There were many other times that we did get caught, and normally in the silliest way. And when you did get caught, you were pretty much on your own. Until you got out at least. The fact is, no criminal is smart enough to escape 100% of the time. Sooner or later he gets caught by the police or by rival criminals (and either way that's a problem).
And the same applies in life. You can get away with doing wrong only for so long. It will come back to bite you sooner or later. God sees everything we do. Don't think because you haven't faced consequences, that you are Scot free. You aren't! Some wrongs are quickly discovered and punished, but others are not. But ALL will be dealt with in time.
Just like you can't outrun the law forever. You surely can't outrun Gods law forever. He sees your every move and knows exactly who you are.
So the next time you want to say run, run, run to try and get away from consequences, remember, you may escape for now, but God saw the whole thing. And you can't escape Him.